Looking like a cross between a scorpion and flying squirrel, vorkuts find an ecological niche whereever they have the height and space to glide. Eyeless, vokuts instead sense living creature's natural electrical fields and are covered by filia which 'read' air currents to detect movement. They suppliment these natural abilities with echolocation. Their 'pings' are just on the upper range of demihuman hearing and will echo earily within the confines of the Underdark.

Vokuts attack with hooked claws, a barbed thrashing tail, and a toothy bite. They are nearly silent gliders and inflict a one roll penalty on their victims Dodge skill when they have surprise on their glide attacks. Vokuts also have an innate ability to cast Darkness, which they will use to douse their target's light sources. The shock of sudden darkness disorients victims, making for easier hunts. 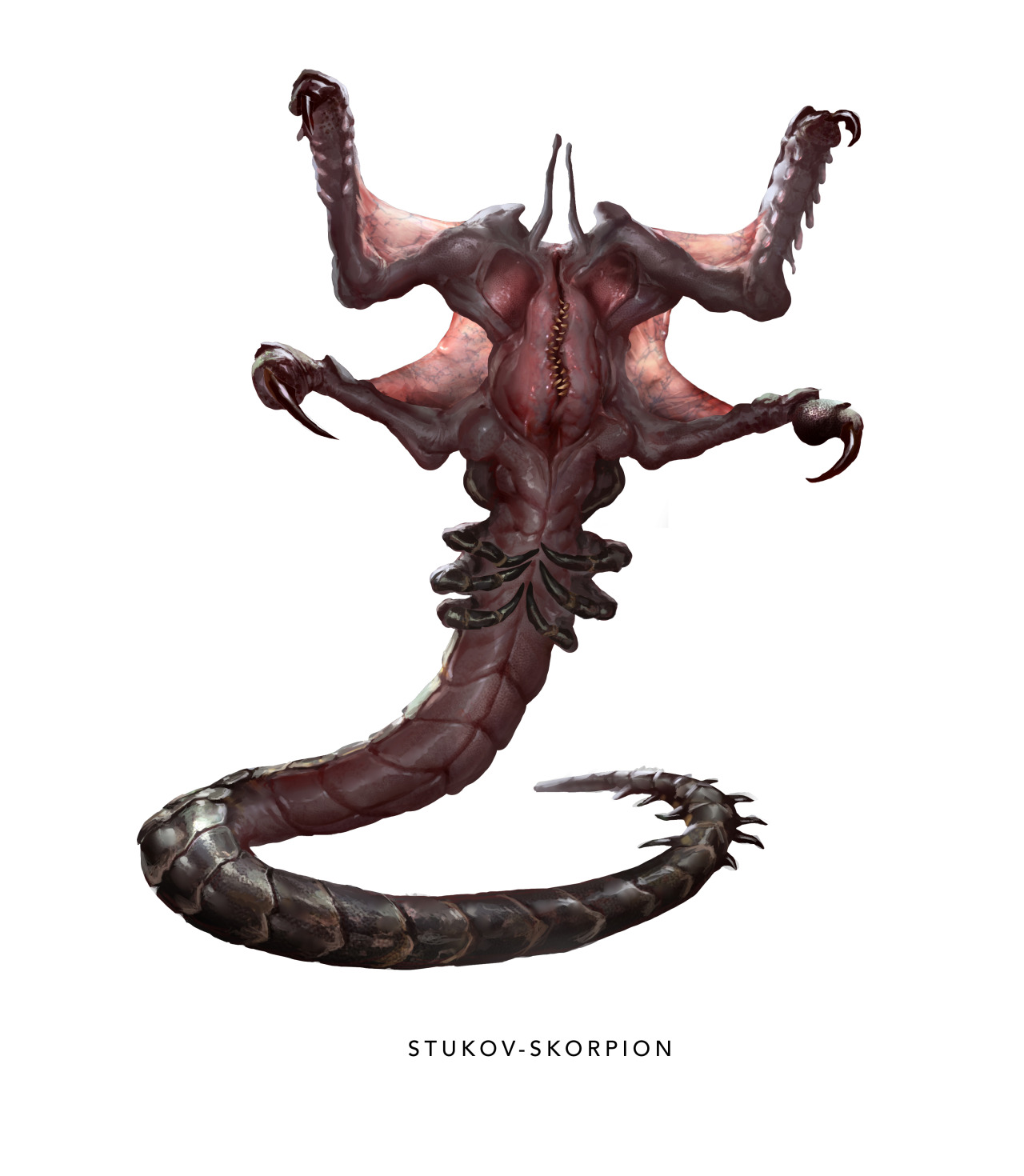